All Blacks wing Bridge out for as much as six months

Watch New Zealand vs Australia in the Bledisloe Cup on Sunday. Coverage begins on Sky Sports Arena, Mix and Main Event at 3am

George Bridge is facing an extended spell on the injury list

All Blacks wing George Bridge will miss the second Bledisloe Cup match against Australia after suffering a chest injury that could rule him out for up to six months.

Bridge suffered the injury while training on Wednesday.

“He’ll be assessed over the next 48 hours to determine the next course of action,” the team said on Twitter.

The 25-year-old started on the left wing in the first Bledisloe Cup game last weekend – a 16-16 draw in Wellington – and was expected to be selected again for Sunday’s second Test at Eden Park – live on Sky Sports.

Caleb Clarke produced an impressive cameo on debut off the bench in Wellington and could get his first Test start with Bridge ruled out.

Rieko Ioane, who has played 25 of his 30 Tests in the No 11 jersey, could also move to the wing after he started at centre in Wellington, allowing Jack Goodhue and Anton Lienert-Brown to reunite in the midfield. 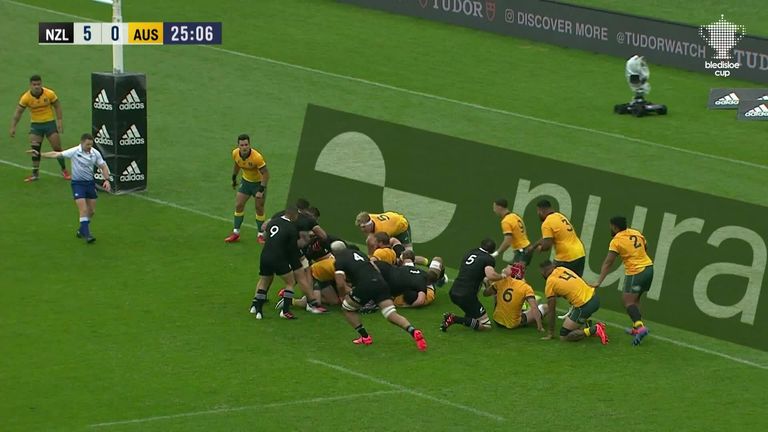 7:14 Highlights of the first Bledisloe Cup Test of 2020 between New Zealand and Australia

The All Blacks have spent the week dealing with injuries with experienced lock Sam Whitelock battling concussion symptoms and flyhalf Richie Mo’unga dealing with shoulder soreness.

Beauden Barrett was a late withdrawal from last week’s game due to an Achilles injury and assistant coach John Plumtree said he had played a minimal part in training on Wednesday.