Defoe: My 5 finest targets and why

This has never been more evident than on Sunday when he spun behind Livingston defender Jon Guthrie to steer James Tavernier's inch-perfect cross into the corner of the net.

It was the 300th club goal in an illustrious career that made him one of the most revered strikers of his generation.

In an exclusive interview with Sky Sports News reporter Dharmesh Sheth, Defoe goes into the archives and reveals the five most important goals of his career …

Christian Eriksen passed the ball for me – it was a deeper pass. I bent my barrel when there was room and I remember receiving the ball on the left side of the box when I looked up Vincent Kompany.

I remember Gary Neville saying in the comment, "You're not showing Jermain Defoe on his right foot," and when I stepped on my right foot all I saw was this small gap on the far post.

I just whipped it around Vincent Kompany and past Joe Hart into the inside net so one thing was great for me. 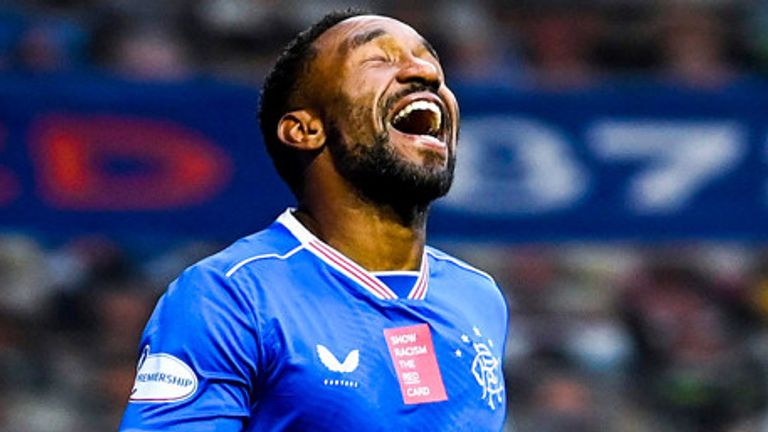 It was just one of those moments. If you look at my celebration I wasn't shocked, I was just so pleased that it broke up.

I remember talking to Tav (James Tavernier) because I know his passing range is incredible and I tried it against Motherwell – the same pass from him, I fired him and the goalkeeper saved great.

I said to Tav earlier in the week, "Take care of my movement … if I overdo my movement, if I miss out, I'll turn to where I have this room."

We literally took it to a discount! The ball was so inviting. When it came over my shoulder I knew it was the first time I had to score, but I had to be relaxed with the goal.

I didn't want to snap it and when I made contact I just knew it was going in. When I looked back at it, it felt like it was in slow motion. I didn't break a step and I was so happy, delighted. 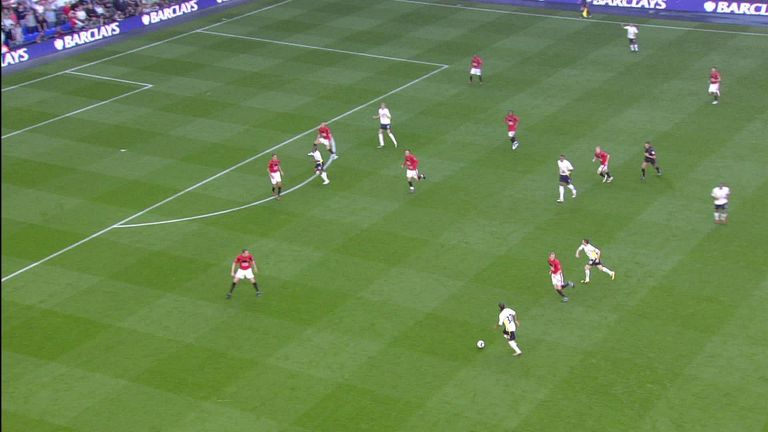 It was actually a support from Crouchy (Peter Crouch), shock!

It was a ball in the box, it went towards Crouchy and he was so good at it. He wouldn't just come back through the gate, he would see where I was.

I knew he was going to direct it down, so I fainted going to the nearby post to suck in Rio (Ferdinand) and I just looked back.

When Crouchy went downstairs, I just kicked the head. But it was weird because when I made contact I didn't see it going in. When I was down, all I heard was the crowd.

I turned around and saw the ball in the net, it was just so weird how it happened. But I enjoyed that because it was instinctive. It was a long Lewis Cook ball and I just wanted to make the run into the canal as it was close to halftime.

He overplayed it and I got a glimpse of where the goalkeeper was. I saw that he was just outside the six-yard box.

I thought if I can direct this back through the gate to the far post, hopefully it'll go in. After the game, I said to the guys it was like a van basten finish!

Not as good as Van Basten because he scored the full volley, but it was similar.

I think I surprised the goalkeeper because I don't think he expected me to shoot. But to steer it back over the gate and bring it to the farthest corner, I was overjoyed. 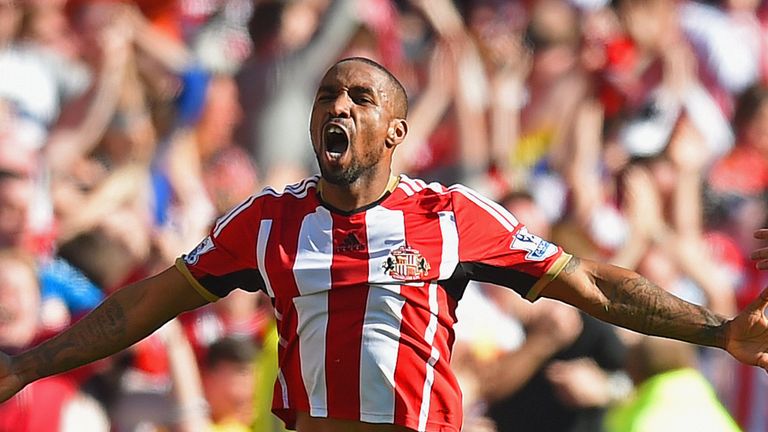 It was derby day. Massive game, massive occasion. It's so important to the football club.

I just wanted to have an impact on the game – I really wanted to score and win.

It was the 44th minute or so, the ball went long and Fletch (Steven Fletcher) flicked it by my side and I've said that so many times … the reason I played it was because I was so tired ! 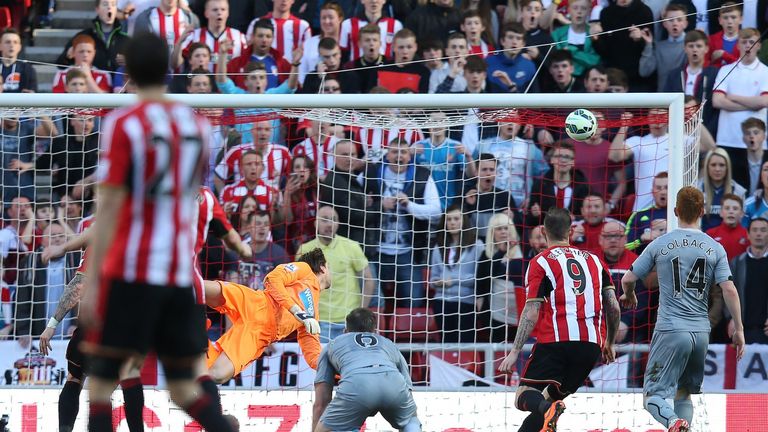 Image:
Defoe's sensational volley was enough for Sunderland to beat arch-rivals Newcastle in 2015

I had put so much energy into the first half that I thought I wasn't going to control this as I'm so crazy I'll probably lose the ball so I just hit it.

It was just one of those moments when as soon as it left my foot – and it was on my left foot too – I just thought in "oh my god".

I just hit it so cute, so perfectly and one of those you might have met once in practice and fifty other times just goes over the bar.

When it went in I was like "wow" and when you look back everyone can see the celebrations and obviously you can see me crying like a little baby.

It was a special goal for me and how I achieved it – this is definitely number one.