Burnley boss Sean Dyche was delighted to see Nick Pope playing for England after his tough time at Newcastle – and is “amazed” James Tarkowski is not getting involvement at international level.

Goalkeeper Pope made a number of errors in the Clarets’ 3-1 defeat at St James’ Park on October 3, including giving away a penalty as he miscontrolled a pass and then fouled Ryan Fraser.

Five days later the 28-year-old produced a solid display in an England shirt, winning his third cap as Wales were beaten 3-0 in a friendly at Wembley.

Dyche said of Pope ahead of Burnley’s Premier League trip to West Brom on Monday: “I think the thing about a goalkeeper is you need to be resilient mentally, your focus needs to be on your belief in what you do, and I think he has certainly got both.

“I think he is focused, I think he has got definite belief in what he does, and rightly so. I think he’s a top ‘keeper.

“It’s rare that top ‘keepers don’t have a moment, and Popey had one at Newcastle. He hasn’t had many by the way, and he’s had lots of big moments for us. So I’m certainly not going to question that, and I was delighted to see him play for England.”

Image:
Nick Pope had an impressive night for England against Wales

Everton’s Jordan Pickford was back in the England side for the other two matches during the international break, the Nations League 2-1 victory over Belgium and 1-0 loss to Denmark.

When Dyche was asked if he would be tempted to now give Pope a run in the England team, he stressed the decision lay with boss Gareth Southgate, then mentioned Tarkowski, the Burnley defender who won his two caps to date in 2018 and has not been called up since March 2019.

“I think it’s up to Gareth,” Dyche said. 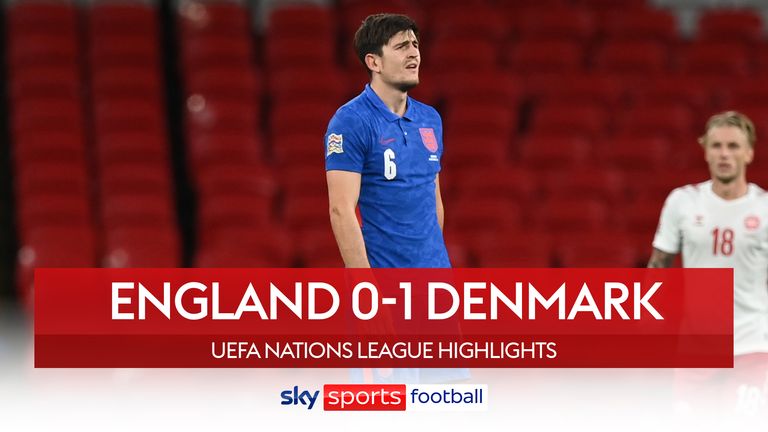 “I think there’s a lot of noise out there outside of Gareth and myself, from various people in football talking about it. I’m certainly not going to put words in Gareth’s mouth.

“Now and again I give an opinion through the media – I’m still amazed James Tarkowski is not involved. That’s a big surprise to me, but that’s another decision.

“Dwight (McNeil) was back involved for this one (with England Under-21s). That’s another big one for me.

“But I make it clear – I respect those lads. I know Aidy (Boothroyd, the England Under-21s boss) well personally, I know Gareth somewhat now, and I totally respect them.

“It’s not easy. You have all these names being put around, you have to look at form, at how you want the team to play.

“But there’s just a few names I have mentioned openly that I think are certainly pushing in my opinion to be in the squad – and if you’re in the squad you’ve got to be considered a player who can play.”