Darren Gough has been awarded an MBE for services to cricket

Former England fast bowler Darren Gough has been awarded an MBE for services to cricket in the Queen’s Birthday Honours list.

The list was due to be published in June but was pushed back to allow nominations for people playing important roles during the early months of the coronavirus pandemic.

In total the Yorkshireman took 855 first-class wickets and 598 in List A cricket but, impressive as his numbers are, there was far more to Gough’s career than that. 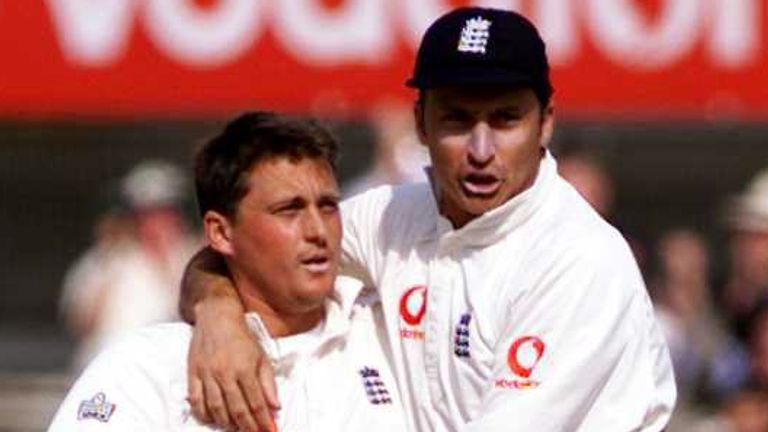 Gough was a talisman throughout his England career, whenever they were in need of a wicket, the captain turned to him and invariably he delivered. However, even when things were not going his way, his energy and effort never dipped as he continued to charge in in search of wickets.

Ever the showman, Gough was able to inspire and galvanise not only his own team-mates but the crowd, with his bowling, in the field and even with his adventurous approach with the bat down the order.

While he was instrumental in series wins over West Indies, Pakistan and Sri Lanka in 2000 and 2001, arguably Gough’s standout moment came during the New Year’s Test in Australia in 1999. 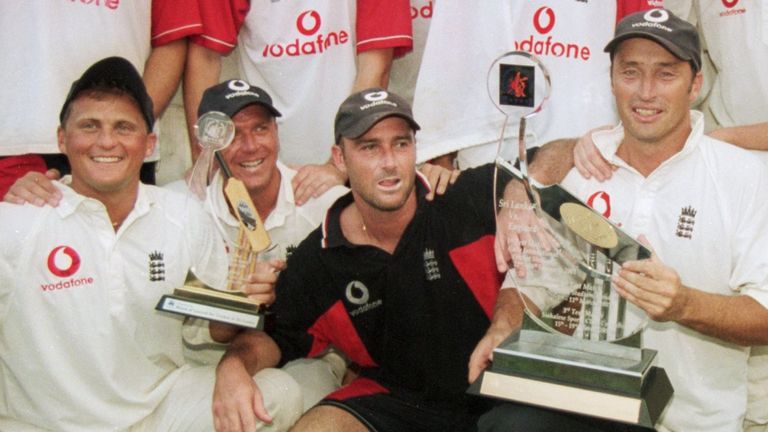 At the famous Sydney Cricket Ground, Gough became the first – and ultimately, only – England player to take an Ashes hat-trick in the 20th century as he had Ian Healy caught behind and then bowled Stuart MacGill and Colin Miller.

The latter two were examples of his brilliance with the reverse-swinging ball, a key part of his armoury and one of the reasons for his success in England’s famous series wins in Pakistan and Sri Lanka.

A knee injury ruled Gough out of the 2002-03 Ashes tour and eventually led to his retirement from Test cricket at the end of the summer of 2003, although he continued as part of the England ODI side until 2006. 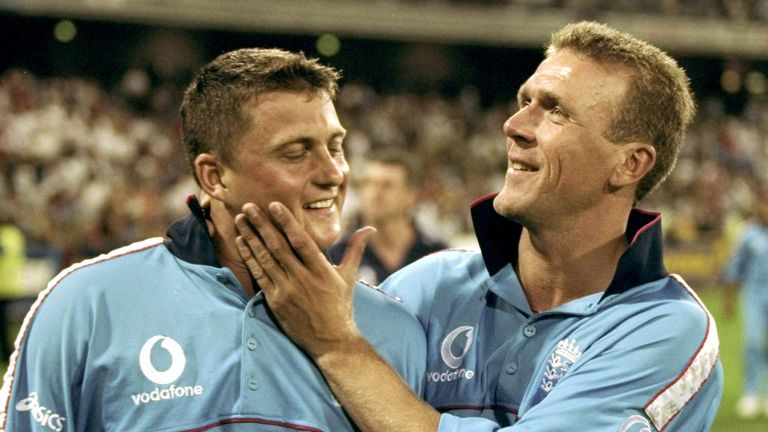 2:31 Nasser Hussain says there is no era he’d have rather played cricket in than the 1990s, as he appeared on a special ‘lockdown’ Sky Cricket Podcast to celebrate the decade with Darren Gough and Alec Stewart

Nasser Hussain says there is no era he’d have rather played cricket in than the 1990s, as he appeared on a special ‘lockdown’ Sky Cricket Podcast to celebrate the decade with Darren Gough and Alec Stewart

After being left out of the England squad for the 2007 World Cup, Gough called time on his international career and, following three years at Essex, returned to Yorkshire as captain.

After two years back at Headingley, Gough retired from cricket in September 2008, 19 years on from making his debut for the White Rose county.

Since retiring, ‘Dazzler’ has forged a successful second career as a radio broadcaster and was also brought in to work with England’s seam bowlers on a short-term consultancy basis on their tour of New Zealand in 2019.