Watch the Eifel GP on Sunday at 1:10 p.m. on Sky Sports F1 when Hamilton strives for the 91st record victory from second place on the grid 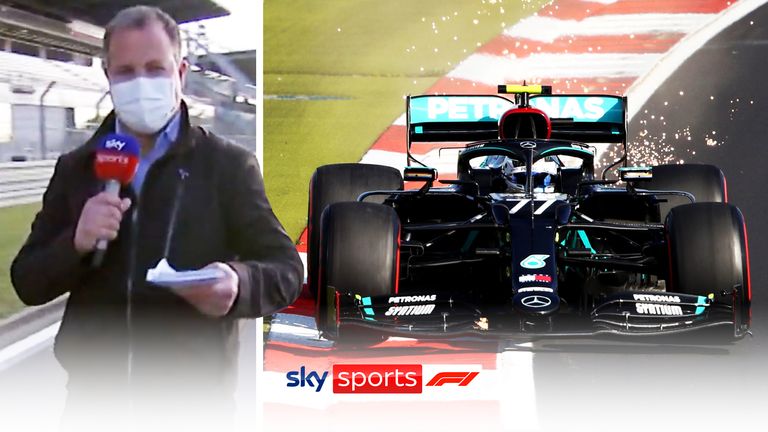 Ted Kravitz from Sky F1 takes a look at the big stories at the Nürburgring and what it all means for the race on Sunday.

Ted Kravitz from Sky F1 takes a look at the big stories at the Nürburgring and what it all means for the race on Sunday.

Lewis Hamilton says he will get his "head down" and work to seize the "opportunities" he believes will present themselves at Sunday's Eifel GP after taking pole position against Mercedes team-mate Valtteri Bottas has lost.

Hamilton had started each of the last five races from the grid, but lost to Bottas at the Nürburgring on Saturday after driving unusually fast faster in the crucial phase of the third quarter than in the second quarter, when he had just set the pace.

Experience the Eifel GP with a TV Sky Sports Day Pass NOW – one-time payment for only £ 9.99

The six-time champion and title leader wasn't immediately sure why he had fallen behind in the final knockout section, adding, "I'm just going to try to understand what happened today," he said. "Tomorrow is a long race.

"We'll see with the weather tomorrow. It's much cooler here. Not the easiest place to overtake either. But there could be a lot of options, so I'll push hard."

While visibility at the Nürburgring improved on Saturday to enable qualifying after Friday practice was canceled, the temperatures remained cold. This is expected to be the case on Sunday, when teams and drivers race without their usual tire performance training databases in heavy fuel runs in a crucial episode of the enforced curtailed schedule.

Hamilton told Sky F1: "It will be a challenge if tomorrow may be this cold or even colder.

"The colder the track, the more it moves at the front end of the car than at the back. When it gets hot, it's the back end that has the most problems, so it will be interesting to see how far we can go tomorrow. " "" 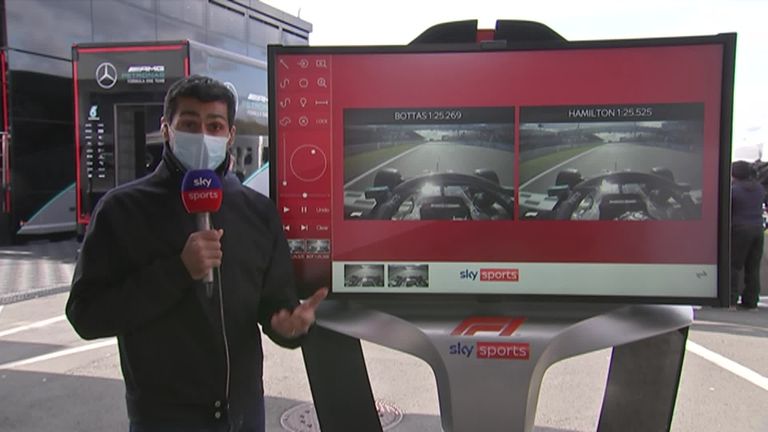 1:58 Karun Chandhok from Sky F1 analyzes the qualifying laps of the Mercedes duo Valtteri Bottas and Lewis Hamilton at the Eifel GP

What about that Schumacher record?

His first attempt to achieve the 91st victory failed two weeks ago in Russia when time penalties for incorrect training starts put the Mercedes driver in third place behind Bottas and Max Verstappen.

But while the story emerges this time around the circuit, which is considered Schumacher's home stadium in F1 and where the German great won five times, Hamilton continues to focus on the bigger picture.

"I stopped my work tomorrow," he replied to questions about the album.

"I don't really think about it. If and when it happens, it'll be great – but right now these two (Bottas and Verstappen) are making it pretty difficult for me.

"I'm enjoying this fight with these guys." 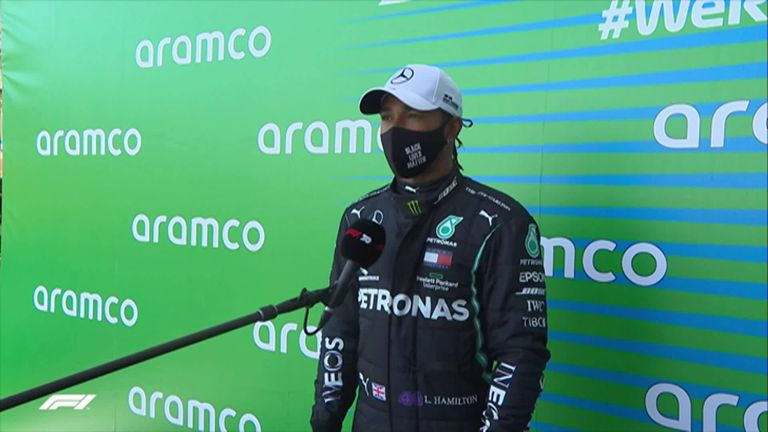 Mercedes locked the front row for the 72nd time in Formula 1 over a weekend where they had to remix some of their operations after two team members tested positive for coronavirus before the weekend.

After the first positive test confirmed on Thursday, the entire team was retested, with one more person getting a positive result while another person was inconclusive and waiting to be retested.

Four other team members, all of whom tested negative, were then isolated according to F1's strict protocols. Six substitutes were flown in from the team's British base to fill the roles at the Nürburgring.

Hamilton said the people called did a "fantastic job" on Saturday and praised their professionalism.

Mercedes boss Toto Wolff said on Friday that Hamilton and Bottas would have to "live almost like a hermit," with the team restricting interaction between the drivers and the broader team.

"What was difficult is that we couldn't really go into the garage and talk and keep that relationship going," said Hamilton. "I think this whole Covid situation makes it a lot harder to maintain that social bond that you would normally have.

"But we're still all focused on the same goal. That's great."