One small gesture can have the greatest impact. Sam Johnstone still remembers the day as a young trainee at Manchester United when the club's number one goalkeeper Edwin Van Der Sar came over and gave him the £ 20 to cover a club penalty.

"He told me not to do it again, he was a really good guy who took care of everyone," recalls Johnstone.

The West Bromwich Albion goalkeeper is preparing to take on his old club at The Hawthorns on Sunday afternoon – live on Sky Sports. The incident at the training ground reflects the work ethic and standards that were taught to him from a young age at United.

"We had to wear thumb rests so we wouldn't break our thumbs. I forgot to put mine on and was hit on the end of the thumb in practice," explains Johnstone. "I had to walk up to Eric Steele, the goalkeeping coach, with my dick between my legs and tell him my thumb was swollen, so that was an immediate fine.

"That was the kind of place I grew up in. It wasn't just about football, it was about growing up and being respectful. We shook hands with all the coaches, schoolwork was important, digging behavior was important . It was important. " Everything came before football. If you don't have discipline, don't start training until you've understood it correctly. It was a great place to grow up, I wouldn't say strict, but you had to be respectful and disciplined. "

Johnstone joined United Academy in 2003 at the age of 10. An early mentor was the club's current goalkeeping coach, Rich Hartis, who had worked with Johnstone for the young goalkeeper's first seven years.

"He's both a friend and a former coach," says Johnstone. "He was a key element in my development. At that age, growing up at a club like United, he was practicing all the basics and letting me know what to do outside of the training ground. It's really crazy because at that age he always said he could see something there. He got close to my dad and said, "He's the size, he's still going to grow, we just have to work all the basics like footwork, handling and timing into him."

"So Rich was massive to me and when he left I was pretty upset, to be fair. When we played at Old Trafford this season we stood in the tunnel for about an hour after the game just talked. He knew what I'd done what I needed to improve in the games I'd played and he's still keeping track of what I'm doing, which is nice. " 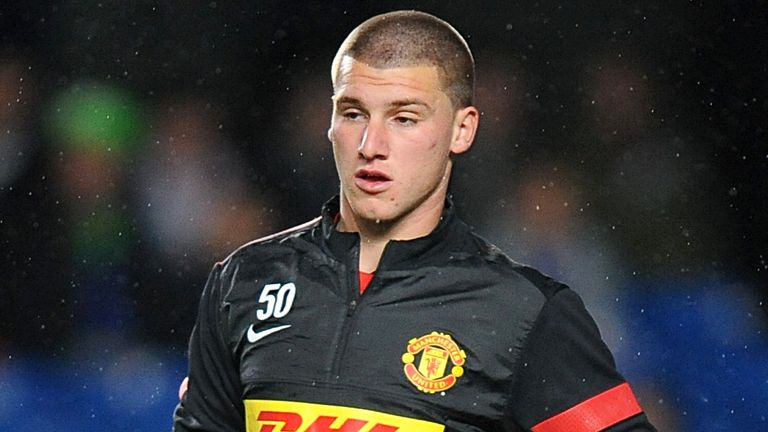 Picture:
Johnstone came through the ranks at Old Trafford but failed to make a single senior appearance for Man Utd

As a teenager, Johnstone spent countless evenings and weekends working on his skills with his father, Glenn, who had a brief career in professional gaming at Preston North End in the early 1990s.

"I started playing in the Sunday League when I was about eight," continues Johnstone. "I was a defender and we never had a real goalkeeper. One day it was my turn to go in and I enjoyed it so I just stayed in goal. I knew my father had played and he did said to me: & # 39; If you do I will help you and get it right, not half-heartedly. And I loved it, we were in the garden every evening in the summer, in the park on weekends and just practicing. He was a great one Help.

"People may not know how important family is to players in helping them get what they need to get there, whether they lack things as a kid or want to do something more. Me I'm still doing something outside of the club now and outside of it. " I am 27 years old. " 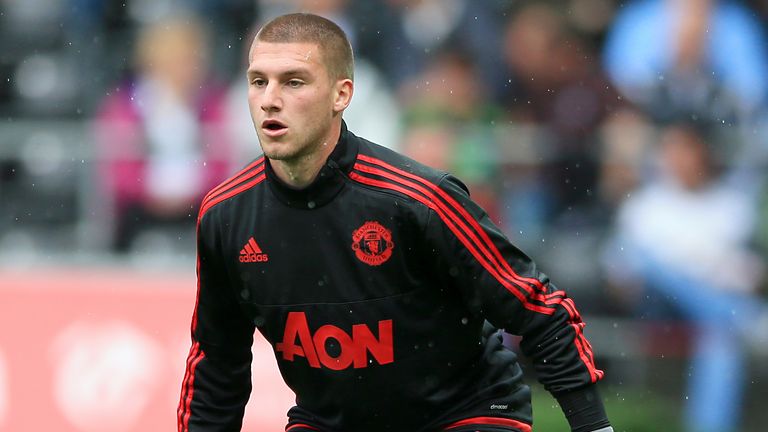 Picture:
The lessons learned at Manchester United laid the foundation for Johnstone's career

Johnstone took his first professional steps on loan. He had productive time outside of Old Trafford – at Oldham Athletic, Scunthorpe United, Walsall, Yeovil Town, Doncaster Rovers and Preston North End – before moving to the seventh loan spell to Steve Bruce, the former United skipper, at Aston Villa in 2017.

"I was dying to leave Manchester United before going to Villa as I felt it was time to go. I had a couple of credits and got a promotion at Preston. When Jose Mourinho walked in he let me go to Villa, which." I knew when I got to Villa that I wasn't going back to United. "

When Johnstone moved permanently to The Hawthorns in July 2018, he took over the number one jersey from another former United goalkeeper, Ben Foster. After a near-miss in his first season when Albion lost to Aston Villa in the championship play-off semi-finals, Johnstone's ambition was to make it to the Premier League the following season. It's been a tough introduction to the top division for a squad that lacks experience at this level, but Johnstone says his teammates' mental resilience cannot be questioned.

"It's hard to lose every week and you have to sit up and go back to the training field on Monday, Tuesday and all week, and then drive again the week after. You know it won't be easy again. The manager has the." Go inside him with his staff and that depends on the guys. We have to fight every match day and hope that luck changes. " 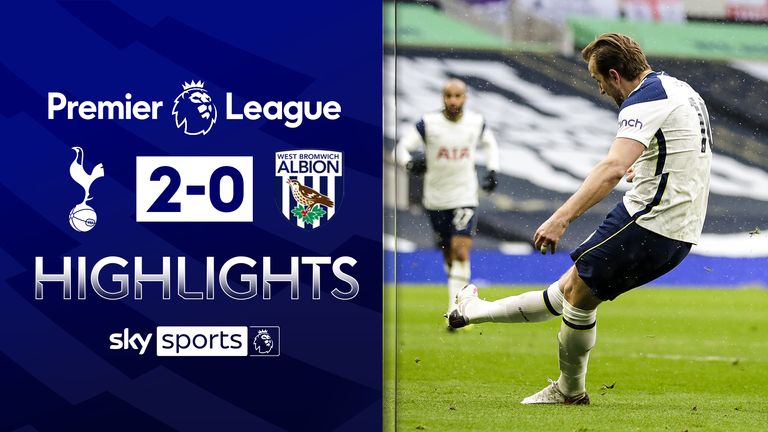 With 93 saves, Johnstone is way ahead in the Premier League parade this season, but the goals have also flown against him with alarming regularity. Is it good or bad for confidence to be so busy?

"I love to save and I hate conceding goals," he added. "It was really a mixed deal this year what was expected. We're a newly promoted club and haven't won a lot of people with experience in the Premier League over the summer, which is fine. It's completely different from last year than We were at the top of the championship if you would save every now and then and dominate the games. But that didn't affect my confidence. I love saving especially against these top players. "

And with appearances for England at levels below 16, 17, 19 and 20 there is one more move that Johnstone hopes in the near future.

"It's a huge goal for me. You want to push these English goalkeepers into the squad now and be with them and show them what I can do. It would be huge for me and my family to keep your fingers crossed, it's not too far away . ""

Check out the full interview with Sam Johnstone on Football Saturday this weekend.