Cambridge and Bolton secured promotion along with second division champions Cheltenham on the last day of the season.

Cambridge had stumbled over two defeats but had a 3-0 win over the already relegated player Grimsby ensured they will play in the third division of English football for the first time since 2002.

United, who had spent nine seasons in the non-league between 2006 and 2014, took the lead through Liam O’Neil in the 25th minute, with Wes Hoolahan loosening his nerves with a second just before the hour and Paul Mullin a third added.

The Bolton fans finally have something to celebrate with their 4-1 win over 10 men Crawley This means that two consecutive rounds of relegation were followed by promotion. 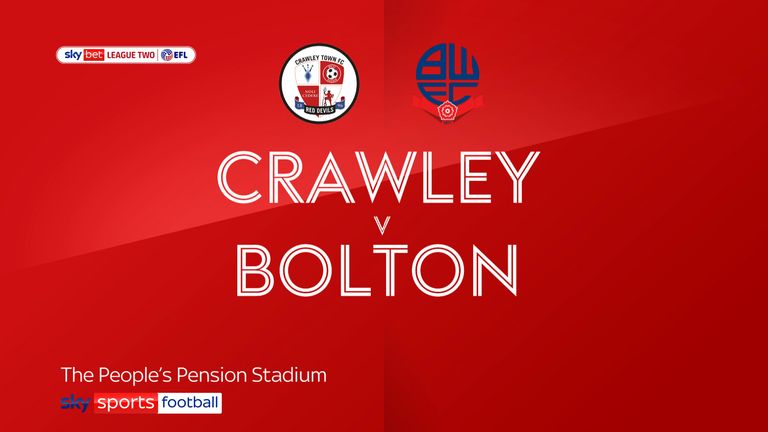 They rose in style, with Antoni Sarcevic and Oladapo Afolayan both pitching them before George Francomb showed Crawley a second yellow card.

Eoin Doyle scored his 19th goal of the season shortly after the break and Lloyd Isgrove added a fourth 13 minutes from time. Davide Rodari took late consolation for Crawley.

Cheltenham also ended the season with an emphatic win, claiming the title with a 4-1 win Harrogate. The guests took the lead from Jack Muldoon in just the seventh minute, but Cheltenham responded strongly with goals from Liam Sercombe, Sam Smith, Alfie May and Callum Wright.

Morecambe couldn’t make it into the top 3 despite a 2-0 win Bradford – Liam McAlinden and Cole Stockton score the goals.

Newport was held to a 1-1 draw by relegation Southend. Shaun Hobson gave the Shrimpers the lead, Mickey Demetriou equalized, and Matt Rush saw his sentence for Southend saved by Tom King.

Forest Green scored all the goals in the last half hour in a 3-0 win Oldham – Aaron Collins grabbed a brace and Odin Bailey scored the other – while Tranmere drew 0-0 Colchester.

Exeter were disappointed by a 1-1 draw with bitter Carts that put an end to their hopes of forcing their way into the play-offs. Matt Jay gave the Greeks the lead in the first half, but Tom Beadling equalized in the 56th minute.

Salfords Game against Leyton Orient was delayed by an hour because of the wet weather in the northwest, and at halftime the ammies knew their play-off hopes were over.

However, they ended the season strong with a 3-0 win, leaving an early penalty behind when Robbie Gotts took the lead just before the break and Brandon Thomas-Asante added a brace.

Stephen McLaughlin scored two goals in a 3-0 win for Mansfield over port valley while Elliott List deserves the goal Stevenage a 1-0 win at Scunthorpe and Carlisle and Walsall Draw 0-0.