Celtic boss Neil Lennon has been named Scottish Premiership manager of the month for September.

Lennon guided Celtic to four wins from four league matches last month, which began with a 5-0 win at Ross County.

That was followed by a 2-1 win at St Mirren before they beat Livingston 3-2 at Celtic Park.

Lennon’s side narrowly beat Riga FC 1-0 in a Europa League qualifier before ending the month on a high with an impressive 3-0 win over Hibernian.

“I think there is more to come from the team but certainly the quality and the mentality of the team, having suffered heavy disappointment when we lost to Ferencvaros (in the Champions League qualifiers) – the reaction to that has been absolutely fantastic,” said Lennon.

“We’re keeping clean sheets now, that’s four in a row. We’ve tidied that up to a certain degree, and we’re scoring goals. We score goals in every game and we’ve been dominating possession.

“There’s a lot of positives to take out of this run. More than anything it’s just the players’ desire and will to win games under immense pressure, they’ve handled it brilliantly.”

Celtic next face Rangers in their first game after the international break on October 16, live on Sky Sports, with only a point separating the Old Firm rivals at the top of the Premiership table. 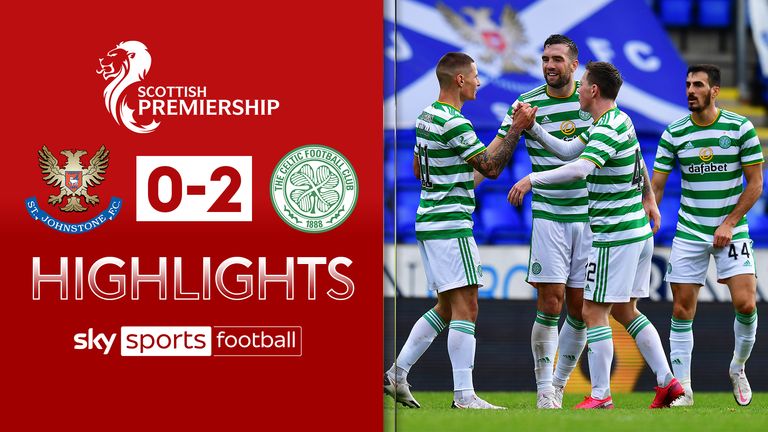 Highlights of the Scottish Premiership match between St Johnstone and Celtic

However, doubts remain over whether the match will be able to take place if the Scottish Government impose a ‘circuit breaker’ lockdown due to rising coronavirus cases.

When asked if he expected the season to be disrupted again, Lennon added: “I hope not.

“We’ve been in this sports bubble so that’s given us the privilege to travel abroad, we’ve played in Sarajevo and in Riga. We’ve had constant and consistent rounds of testing where everyone here, players and staff, have come through it.

“We’re really tight in the bubble so we’re hoping that football will still be allowed to proceed and if it is two weeks then we’re probably looking at maybe just the one game in that circuit break, which would probably be the game at the weekend.” 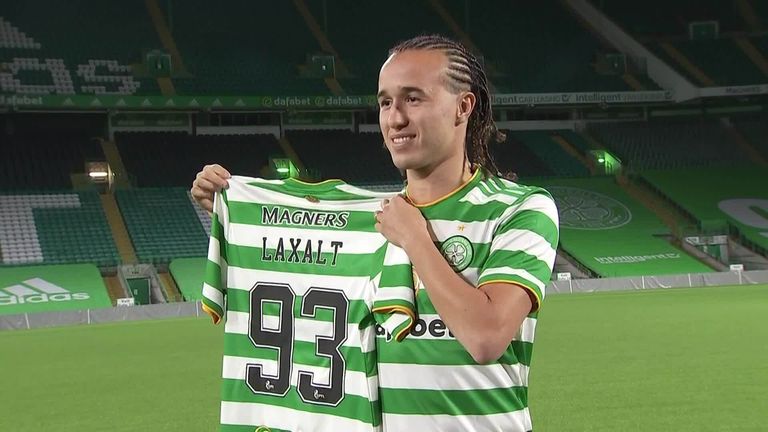 Lennon: Forrest out for four to six weeks

Lennon has confirmed James Forrest will miss the match against Rangers after suffering a stress fracture of the ankle.

The Scotland international has not featured since the win over Riga and is expected to miss a further four to six weeks. 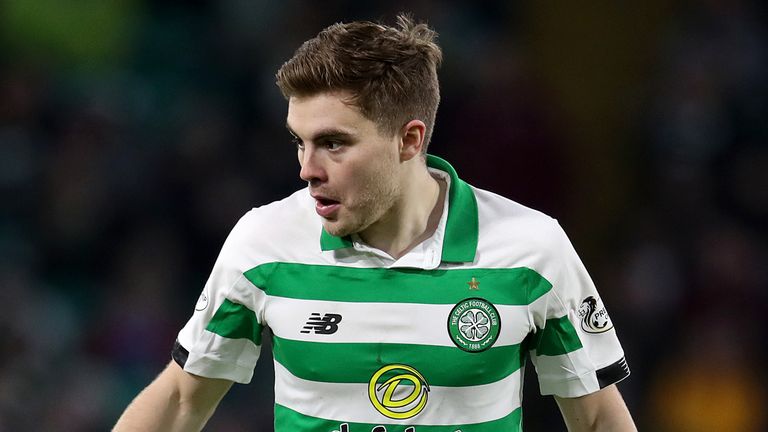 Image:
James Forrest is set to be out for the next ‘four to six weeks’, according to Lennon

“He has a minor stress fracture in the ankle. It is remarkable that he played with that for a few games as well, but obviously it got to the point where it was impossible,” said Lennon.

“We first thought it didn’t show up on scan, but he had a CT scan and it showed a slight stress fracture.

“It is going to take a week or two to settle down then obviously he has to rehab. But the prognosis of the time out will still be the same, roughly four to six weeks.”