Rafael Nadal showed no signs of his bad back in his win over Laslo Djere in the first round at the Australian Open as teenager Carlos Alcaraz was impressive in his highly-anticipated Grand Slam debut match; Russia’s ATP Cup stars Daniil Medvedev and Andrey Rublev both cruised through

Rafael Nadal defied his gloomy injury prognosis to reach the second round of the Australian Open, while Daniil Medvedev and Andrey Rublev also cruised through on Tuesday.

Nadal did not play in any of Spain’s ATP Cup matches last week and gave a downbeat assessment of his fitness ahead of the tournament.

But for the most part he was untroubled during a 6-3 6-4 6-1 success against Serbia’s Djere, loosening up in particular in the third set.

Nadal said in his on-court interview: “It has been a tough 15 days for me because I had some issues with the back so I needed to survive today and that’s what I did.

“I just tried to be focused all the time, tried to get through. I think I did a good job today. Straight sets, that’s what I needed.

“Let’s go day by day. Today I was able to find a way to be through. That gives me the chance to have one more day tomorrow so it’s a work of every day to try to get ready. Of course it was not ideal preparation for me but I’m still alive. That’s the main thing.” 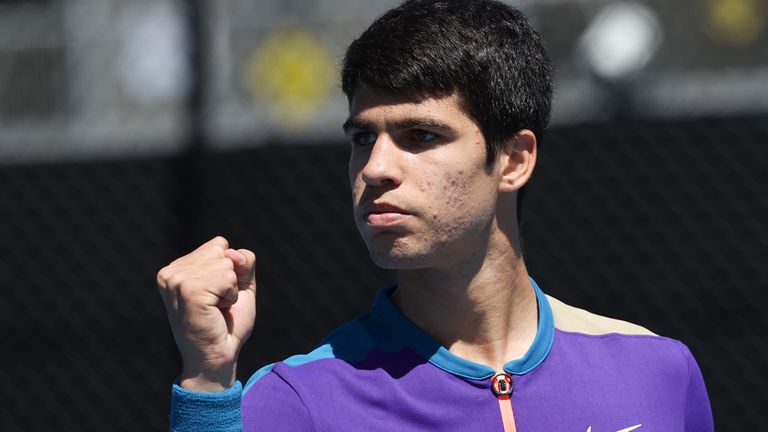 Carlos Alcaraz has been compared to 20-time Grand Slam champion Nadal, but the teenager says he is focused on himself, his team and his family

Nadal practised with his 17-year-old compatriot Carlos Alcaraz over the weekend and the teenager secured his first Grand Slam victory with a 6-1 6-4 6-4 success against Botic Van De Zandschulp.

Alcaraz, who said he tries to ignore comparisons with Nadal, is the youngest man to win a Grand Slam match for seven years.

Daniil Medvedev and Andrey Rublev carried Russia to the ATP Cup title and both made comfortable starts to their Melbourne campaigns.

“To be honest, it was good not to lose any matches (at the ATP Cup) but on the other hand, we played on Sunday and had a lot of matches against tough opponents,” said Medvedev. “So I’m really happy that I finished fast today.” 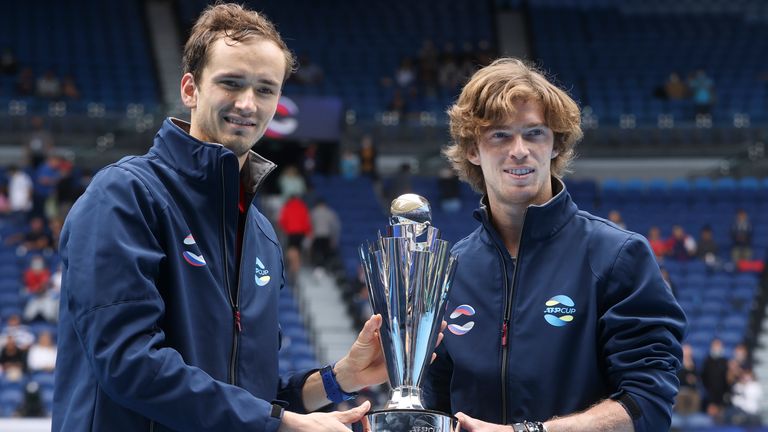 Rublev, who took five minutes fewer to lock up his second-round tie against Thiago Monteiro, said playing for a week at Melbourne Park already had helped ease his transition into the Australian Open.

“I was a bit nervous because it’s first match of Grand Slam of the year, so I started a bit tight (but) in the middle of the set I was already controlling the match,” said the 23-year-old. “Because of the ATP Cup, I adapted to the courts really fast, so I’m already here feeling good.”

If the seedings hold, the erstwhile ATP Cup team-mates will face off in the quarter-finals as they vie to give Russia its first men’s singles champion at the Australian Open since Marat Safin in 2005.

Did everything I could to get ready for this year’s @AustralianOpen but wasn’t enough and wasn’t where I wanted to be with my game or body. No regrets. Time to get sharp for the next event. ???????? 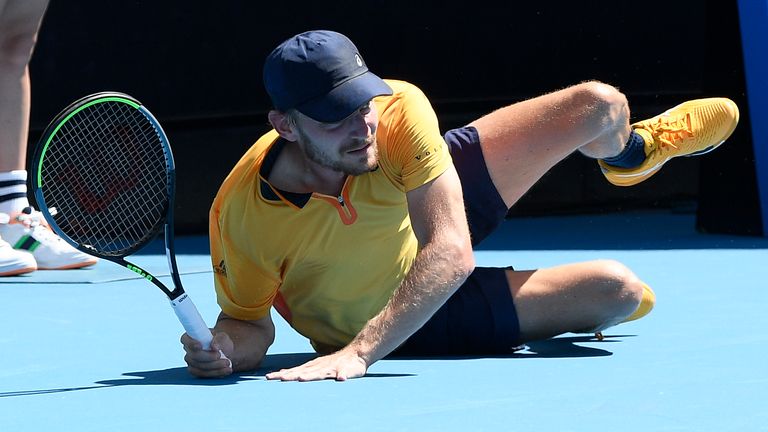 Australian 21st seed Alex de Minaur cruised to the second round with a 7-5 6-1 6-1 win over American Tennys Sandgren.