Newcastle Falcons recover from their opening round loss to Cardiff Blues by beating Castres from behind in the Challenge Cup. The defeat is the French team's first in 14 European home games

Sam Stuart, Tom Arscott and Josh Basham scored second-half attempts to give the Newcastle Falcons a 26-17 Challenge Cup win over Castres at Stade Pierre-Antoine on Friday.

The Falcons bounced back from last week's loss to Cardiff Blues when they came from behind and inflicted their first home defeat in Europe in 14 games for the hosts.

Newcastle took the lead on 15 minutes with Brett Connon's penalty but they were overwhelmed by a rapid-fire one-two in the middle of the first half.

Antoine Bouzerand touched down twice within three minutes and gave Castres a 10-3 lead before two more penalties from Connon reduced the deficit to one point during the break. 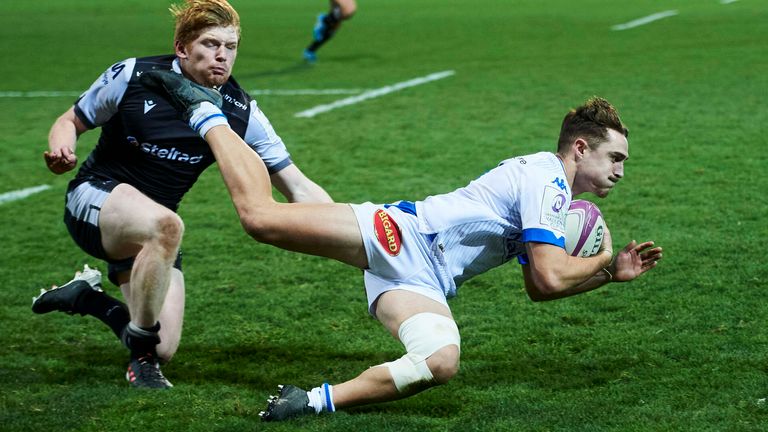 The Falcons had a strong wind against them in the second half, but a flowing move culminated in Stuart, who scored 25 minutes from time, and replacement Chidera Obonna started an impressive debut with the line-up of Arscott.

The Falcons had their third try four minutes to go when Basham crossed Obonna again with the key pass in the left corner before Castres found consolation through Vilimoni Botitu.

In the evening collision, Zebra grabbed an 18-16 win Brive with a Carlo Canna penalty in the final minutes to secure the first win of the competition.

Brive preceded early through Guillaume Galletier's converted attempt, but Zebre rallied through attempts by Marcello Violi and Pierre Bruno to lead at halftime. Brive hit back to go 16-12, but Italy's fly-half Canna prevailed against two late penalties to ensure Zebre the win.