Charlton owner Thomas Sandgaard said he has already pledged to invest "several million dollars" each year to promote Charlton Women to the WSL.

The Addicks women were one of the most successful on the field, but when the men's team was relegated from the Premier League in 2007, it was decided to cut funding for their female counterparts.

First the Charlton Athletic Community Trust stepped in and then Charlton fan Stephen King stepped in to keep the women's team afloat after its breakup.

After Danish-American businessman Sandgaard took control of Charlton Athletic last year, he opened talks with King in November about re-uniting the teams. It was announced on Wednesday that he had agreed terms to bring the women's team under the same ownership as the men's.

Sandgaard has ambitious plans for the women's team and intends to ensure they have full-time status with the intent that the club will ensure promotion to the WSL.

"The plan we presented to the FA shows that within two years, instead of having a team of players who are part-time, we will be moving full-time towards squad," Sandgaard told Sky Sports News.

"The first year is going to be more of a hybrid model but we will eventually make it and it turns out the FA is used to seeing clubs moving from part-time to full-time."

"We know the FA is delighted that we are moving in that direction.

"I've already tied millions of dollars a year to the FA in our proposal."

Charlton won the women's FA Cup in 2005 and finished second in competition twice in the first decade of the new millennium.

They also won the Women's League Cup in 2004 and 2006 and Sandgaard wants them to become one of the leading clubs again.

"Just over a decade ago, only them (Charlton) and Arsenal thought about who was the best club in the country," he added.

"As the interest in women's sports has increased, more and more teams have invested in women's teams and it is becoming a very competitive field.

"I think we should be part of it. I think we've invested really well here." 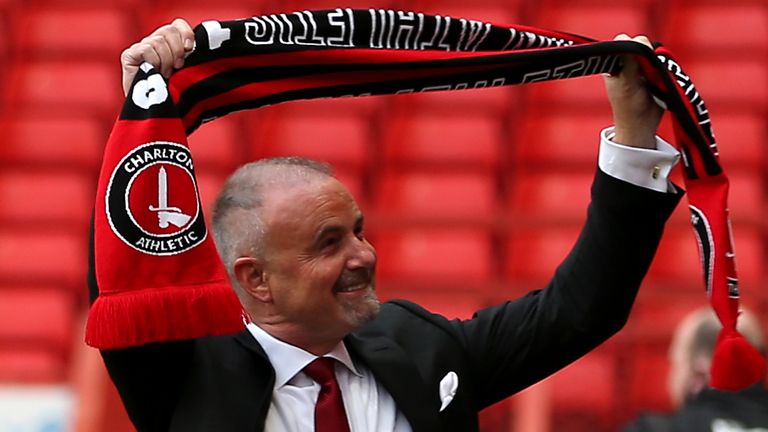 Sandgaard admits there is still much to be done before they can regain their place in the top division and battle for silverware again, but he is committed to the cause.

Competency coaching, strength and conditioning: There are a lot of things that we need to improve so that we can compete at a level where we start talking about promotion.

"When that will happen is hard to say, but it won't happen overnight."