John Boyega would make a brilliant version of Jason Todd, if you ask us. 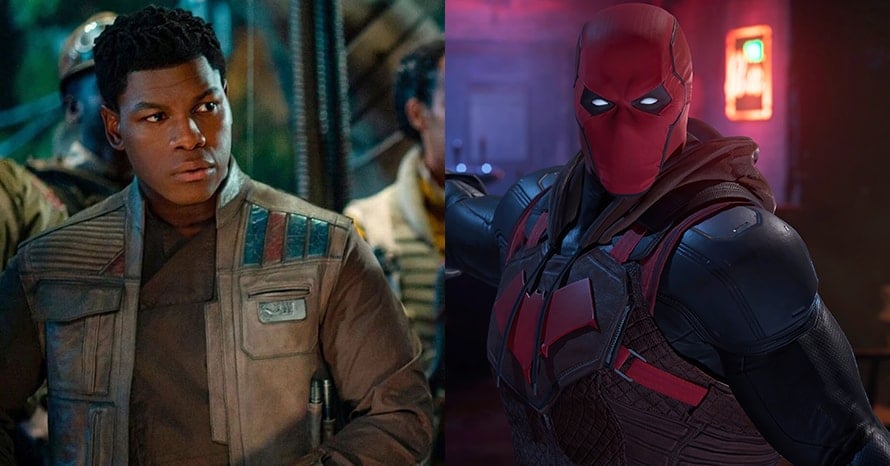 Fanas have yet to see a version of Jason Todd on the silverscreen, but a new fan edit imagines Star Wars lead John Boyega in the role, giving him a stunning look as Red Hood for a future sequel to The Batman. Boyega recently endorsed a fan design of himself in the role, which pictured the Star Wars actor holding Jason’s Red Hood helmet. It’s not yet clear if Matt Reeves’ The Batman series will introduce the Bat-Family, but production has since resumed on the first film following a brief hiatus.

The artwork of John Boyega as Red Hood not only gives the Star Wars actor an impressive tactical suit and jacket in the role but gives him a detailed helmet for the deadly vigilante. Red Hood will next be seen as a playable character in Gotham Knights, which sees the Bat-Family dealing with Batman’s death. If Jason Todd does wind up being included in The Batman franchise starring Robert Pattinson, casting John Boyega would be a great move for Warner Bros. and DC. Take a look at the Red Hood design below.

Would you like to see John Boyega become the Red Hood in a future sequel to The Batman? What do you think of the design? Let us know in the comments section!

Plot details for The Batman are being kept under wraps, but we know that the project will revolve around Robert Pattinson as a younger Bruce Wayne, chronicling Batman during his formative years as Gotham City’s protector. The Batman will also feature the hero making use of his detective skills more than what we’ve seen before in previous iterations of the character. It is also expected to be the first installment to a new Batman trilogy with Pattinson.

Directed by Matt Reeves from a script he co-wrote with Mattson Tomlin, the film stars Robert Pattinson as the Caped Crusader, Zoe Kravitz as Catwoman, Paul Dano as the Riddler, Jeffrey Wright as Commissioner James Gordon, John Turturro as Carmine Falcone, Peter Sarsgaard as Gil Colson, Jayme Lawson as Bella Reál, with Andy Serkis as Alfred Pennyworth, and Colin Farrell as the Penguin.

The Batman opens in theaters on October 1, 2021. Stay tuned to Heroic Hollywood for all the latest news regarding John Boyega, Red Hood and the Batman universe, and make sure to subscribe to our YouTube channel for more content.

English writer with a preference for all things Film, TV and Comic Book related.