Stephens: "I come to a Premier League football club that has done well in this league over the past few years and I am looking forward to this challenge."

Dale Stephens is pleased to return to the Lancashire area where he was born. Photo credit: Andy Ford / Burnley FC

Seasoned midfielder Dale Stephens has joined Burnley from Brighton for an undisclosed fee.

The 31-year-old has signed a two-year deal after having been in Brighton for the past six years and making 223 appearances.

He told the Burnley website: "I'm very happy. It probably took a few years longer than expected, but I'm happy to get over the line this week and finally become a Burnley player." 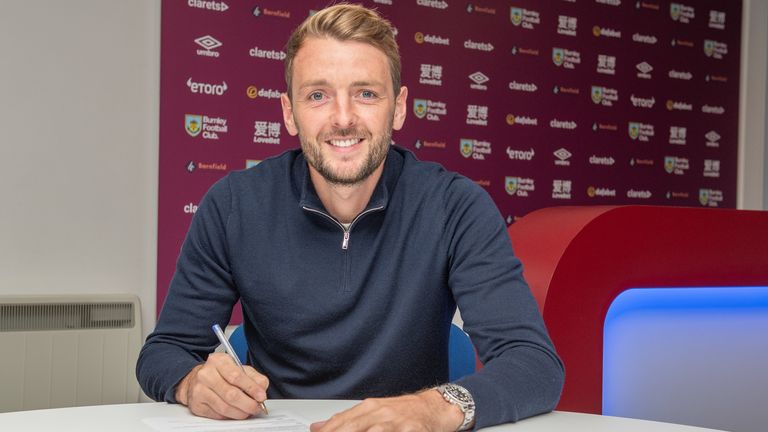 "I haven't been to the northwest in a while. It's nice to be back where the family lives.

"But most importantly, I am returning to a Premier League football club that has done well in this league over the past few years and I am looking forward to this challenge."

Burnley had long been interested in Stephens, who added: "I'm probably a better player now than when Burnley tried to sign me, with the experience I've had over the past three years.

"I've probably learned a lot in this division over the past few years.

"Individually, I would like to play as many games as possible at the highest possible level and together I want to help us improve as a team and finish as high as possible in the Premier League."

Brighton head coach Graham Potter said: "The number of appearances Dale has made for the club speaks for his contribution to the team over the past few years.

"He's been a professional model all my time at the club, and as one of the more experienced members of our squad, he's been a huge influence and role model for the younger players.

"We have fantastic competition for midfield positions and with Dale's desire to play regularly this is a good move for both the club and Dale. He goes with our thanks and best wishes for the future."

The summer transfer window closes on Monday, October 5th at 11:00 PM with a feast of activities Transfer date on Sky Sports News and via our Sky Sports platforms.

Starting October 5th, a domestic trade-only window will run between the Premier League and the EFL that will close at 5pm on Friday October 16th. Follow all the news and analysis on SSN and on the Sky Sports digital platforms, also with our dedicated Transfer Center Blog.